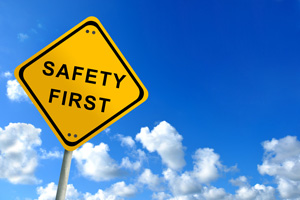 Travel industry resilience will be tested to the limit by a crisis many in the sector still fail to understand, says a leading tourism analyst.

Rolf Freitag, chief executive of IPK International, told German trade show ITB in Berlin: “Many still underestimate the present crisis. Travel was resilient to any problem for so many years, but now we have a real, global economic crisis.”

Freitag noted the industry saw an increase in business last year despite the onset of recession, with worldwide visitor numbers up 2% on 2007. But he warned: “The sunny world of booming tourism is behind us – although it will come back.

“This will not be an easy year. Demand will erode in the mass market. Travel still has a high consumer priority, but only for those on incomes above euro 20,000. Many on low incomes fear to provide life’s necessities.”

The luxury sector would not be immune, he said, adding: “High-end consumers have had to learn that their perceived wealth was an illusion.”

However, Freitag suggested: “The real crisis is likely in business travel, in city breaks and in the flight-only sector.”

An IPK study of consumer travel intentions in February suggests 41% of potential travellers in Europe will change their behaviour this year – mostly by spending less, travelling less far or holidaying in their home country.

In what could prove a blow to UK domestic tourism, two-thirds of those surveyed in North America and 60% in Asia said they would travel less.

Freitag noted the German outbound market has stagnated for the past six years, a potentially worrying trend for TUI Travel and Thomas Cook as Germany remains the biggest market for both. By contrast, the UK outbound market grew last year by about 800,000 travellers to 65 million, making it Europe’s fourth-biggest growth market.

However, Freitag ranked the UK alongside Russia and Poland as markets facing “enormous difficulties” because of the financial crisis.