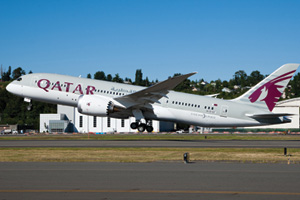 Speaking at a Goldman Sachs technology conference in San Francisco this week, Khosrowshahi said that the weakness was driven not only by the general state of the UK economy but also the significant and continued weakness of the British pound. “It’s a double hit for us,” he said.

Expedia’s boss has seen the UK as weak for a number of quarters, and has previously told Wall Street that the business has pulled back on its marketing efforts in the UK as a result.

However, he said that certain markets in continental Europe were holding up “reasonably well” while its less developed markets in the region are seeing good growth, admittedly off a small base.

Khosrowshahi hinted that Expedia Inc’s opaque brand Hotwire might be introduced into Europe in the medium term. “We’re looking at it,” he said. “It’s something we’ll test and learn over the next couple of years, but near-term I don’t think it’s going to be a big part of our business.”

Packaging is where Expedia will look to increase its range of opaque channels for suppliers. “In Europe, customers are used to buying packages [from tour operators]. So if we’re building an opaque model we’ll invest in a product that’s familiar.”

He also said that Expedia Inc’s media business in Europe is “growing nicely”, helping to offset pressure on its CPC and CPM rates in its core US market. The downward pressure there is coming from non-travel advertisers. “Travel businesses are still advertising because they want to build demand,” he said.

“But say, a car company that wants to access the travel demographic – that sort of money is pulling back.”

Situation in India is a warning about the recovery, says Expedia chief Peter Kern