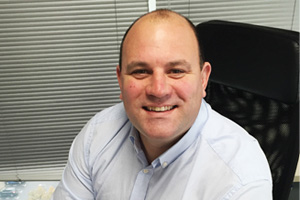 PayPal will work with travel companies which are not ABTA members, despite claims from an online travel start-up that it was prevented from integrating PayPal into its web site because it wasn’t a member.

The claims surfaced on the Small Fish Big Ocean forum earlier this week, with many comments expressing concern that the post indicated a change of approach by PayPal to its dealings with small travel businesses.

However, in response. PayPal said: “PayPal UK does not require merchants offering travel related services to be members of ABTA and/or other industry bodies.

“But as part of our underwriting process, we do ask for this information and merchants are viewed favorably if they are bonded/licensed by agencies such as ATOL, AITO, ABTA.”

It added that its underwriting process also demanded that merchants provide their latest and prior financial statements. It also makes use of  credit bureau reports.

The Small Fish Big Ocean forum is run by Alex Bainbridge, who is also MD of TourCMS, a web-based res system for small-to-medium size tour operators and agents.

Bainbridge said that PayPal was an important partner for small travel companies, as it allowed them to take payments without having to set up a full merchant account with credit card companies. Schemes such as the TTA, TOPP and IPP offer another alternative to small businesses, but at a cost.

“PayPal has always been okay working with travel companies which are not members of ABTA,” Bainbridge said, including some of TourCMS’s clients. “The travel industry needs PayPal,” he said.

A spokesperson for ABTA said that PayPal could use ABTA membership as an indication of a company’s trustworthiness.  “Many national newspapers now refuse to take advertisements from travel companies which are not members of ABTA,” he said.

“This is something the papers took upon themselves, and apart from helping them to check if a potential advertiser is a member, we’re not involved. It would make sense for PayPal to think along the same lines.”