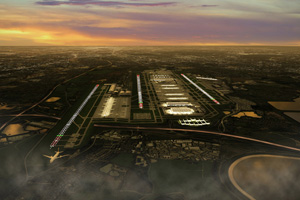 In 2001 he set up Thomas Cook’s inhouse dynamic packaging system Flexible Trips and is also well-known for his long stint at youth operator Club 18-30.

Tidy will work alongside managing director John Howell in an advisory capacity for the Bristol-based firm of 35 staff. The company works with more than 4,000 travel agents, with TUI and Thomas Cook its biggest customers. Its main product Find and Book is an automated travel booking portal that sources components and holidays from operators, airlines, bed banks and global distribution systems for agents to cost and book online.

Tidy said new products would be launched in three months, six months and a year’s time. Part of his role would be to ensure the company “shouts about” its new launches.

He said: “They have products in the offing that will help expand the company and its current customer base.

“I want Multicom to have a high presence but stick to what it stands for today. Its reputation is built on sound technology and good customer service.”

The business, which is attending the Travel Technology Show in Earl’s Court next week, is also recruiting and will have 40 staff by April.

Webcast: Bedsonline backs agents to bounce back strongly when the travel restart kicks in

Webcast: ‘It’s been essential to keep contact up with our agent partners’