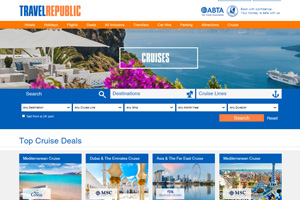 The travel industry is being warned that manually reviewing online orders is not only an ineffective way to detect fraud but also the most expensive.

A report from Cybersource, looking at online fraud patterns in the UK, revealed the extent to which human beings are involved in checking suspicious transactions. One in six of the busineses in the sample of 150 are travel.

Akif Khan, Head of Client and Technical Services, CyberSource, told Travolution that the issue is a concern across all sectors, but “with the travel industry, manual review presents much more of a problem.”

For bookings close to departure, travel companies often do not have the time to manually check a transaction once it has been processed. “

Plane or train tickets, holiday or business travel can often be done last-minute leaving merchants very little time to process the payment,” he said. “For a lot of travel companies, this could negatively impact the business as some customers may be unable to purchase travel when required. It could also mean that companies are unconsciously overlooking fraudulent activity, because by the time the fraud is identified, the fraudster has already travelled.”

Automated fraud detection systems are the answer, he said. “Human reviewers should be used in a second or even third line of analysis, only looking at those transactions flagged as suspicious by automated screening systems.”

Payment methods are also covered in the report. Credit and debit cards remain the most used

form of payment, followed by bank transfers. PayPal is as popular as direct debit in joint third place. Less than one in ten use Google Checkout, although this time last year 37% were planning to add it to their web sites.

Consumers are also asked about their perception of fraud. Loss of personal identity details has taken over from fraud as the biggest concern. The study said that the negative media around high-profile identity losses in the UK last year explained the shift, although one in three of the 1000 people questioned said “they or someone they know has been a victim of online credit card fraud.”

Overall, revenue losses  from online fraud in 2008 were up slightly on last year, although one in six business lost 20% more this year than last.