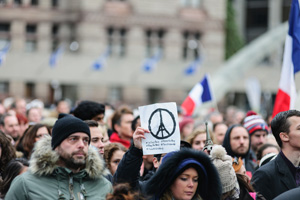 Lastminute.com‘s parent company is weeks away from finalising the structure of its global media organization, with the UK and Europe a key part of its investment.

Travelocity Global announced this week that it setting up a new the Global Media division.

More details will emerge once the structure has been finalised, a spokesperson told Travolution.

“But we can say that the UK team and European team overall will continue to play a critical role, both in growing the media business locally, and helping to shape the global strategy.”

Global Media will be headed up by Paul Nelson, who retains his existing role in charge of Global Partner Marketing, which manages supplier relationships worldwide.

The media group’s aim is “to help our partners, and other businesses, relevantly market their offerings to a highly-qualified consumer who is on our site with the clear intent to travel”.

Expedia Inc has led the way for the major OTAs to generate additional revenue through media and advertising, with nearly 10% of revenues coming from this source.

Marsha Williams, CFO for ebookers’ owner Orbitz Worldwide CFO, told a conference in the US recently that media revenues were part of its international growth plans.

Situation in India is a warning about the recovery, says Expedia chief Peter Kern