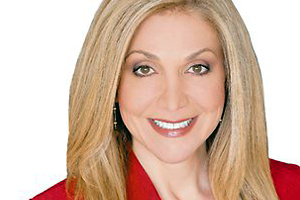 SITA, the specialist provider of IT solutions to airlines and airports, today said that, according to a new global survey of air travellers’ habits and attitudes, travellers using Paris Charles de Gaulle (CDG) have the highest preference for self-service check-in but it is mainly Air France passengers who exercise the option.

Despite the fact that 69% of CDG passengers expressed a preference for self-service check-in – more than at any other airport in the survey – on the day of the survey only 29.9% actually used the service.

On the other hand, 58.2% of Air France passengers used self-service check-in. This was higher than the 56.2% usage rate which was recorded at the world’s busiest airport, Hartsfield-Jackson, Atlanta.

A closer look at the results for CDG shows that passengers had a three-to-one preference for using kiosks (22.7%) compared to the web (7.2%) for check-in.

Passenger willingness to use self-service kiosks for flight transfers at CDG was the highest across all six airports surveyed at 65% compared to a global average of 54%.

The data is extracted from interviews with 2,143 passengers from over 60 countries travelling on over 100 airlines, conducted at the departure gates earlier this year.

CDG passengers also had the lowest tolerance for airline or airport use of location-sensing technology e.g. mobile phones, to locate them and guide them through the airport with 95% of those surveyed opposed to such a development.

Dominique El Bez, SITA marketing portfolio director, said: “Overall the survey tells us that self-service is here to stay but it does highlight areas where airlines and airports need to take a second look to ensure they are getting a return on their investment in new technologies and that it delivers value to passengers.

“The public passing through Paris Charles De Gaulle should be encouraged to familiarise themselves with the convenience of the web for both online booking and self-service check-in. Their willingness overall to avail of self-service check-in kiosks is clear so that provides a good platform to encourage use of other self-service functionality.

“The relatively low usage rate or reported non-availability of self-service check-in on the day of the survey emphasises the importance of disruption management and zero IT downtime to support the self-service environment.”

Globally, the survey found that 60% of passengers stated they will use web check-in in future; in CDG the percentage is 65%.

The proportion of CDG passengers who never used a self-service check-in kiosk was 42.9% and lack of familiarity with the web as a channel for check-in was high with 77.9% never having used it.

This non-use percentage was only topped by Moscow Domodedovo (85.3%) and Johannesburg (83.2%).

Guest Post: How COVID has accelerated the mobile-first shift in on-premises F&B