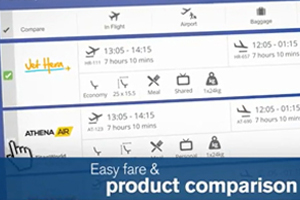 chief executive Richard Carrick has described the single biggest challenge of the last five years as that of integrating the tour operator’s online and offline activity.

Speaking at a Booking Online session at the Advantage conference, chaired by Travolution editor Kevin May, Carrick admitted: “It’s probably been the toughest five years that I have ever experienced in my career.”

He added: “I [still] don’t think we know enough about how customers are booking at the present time and interacting with all these messages.”

Traditionally holiday brochures were the only tool used by tour operators to sell their products. This enabled them to plan their business in advance and calculate the cost per booking.

“You knew the timing and the consumer behaved in a predictable fashion. We forced them into behaving that way and you could budget for it precisely. You had a known return on investment,” said Carrick.

But changes in the market, in particular the arrival of no-frills flights since 2002, revolutionised the market. There are now nearly 90 million no-frills airline seats in the market and the majority are sold online, he added.

Carrick said travel companies now had to be “slaves to their websites” and constantly monitor site performance and availability.

The advice came as 63% of around 110 websites of Advantage agent members were rated as performing well by digital design specialist Click With Technology in a survey commissioned for the conference.

Advantage sales and marketing direector Colin O’Neill admitted the web was critical for members and said a scheme to offer white-label sites aimed to ensure all members had a web presence. “There is a small proportion that have no presence at all,” he said.

In conjunction with this the consortium is raising awareness of its brand and its main website. In November it is running a competition in Sainsbury’s magazine, which reaches four million consumers, and will drive traffic to its website to take part.