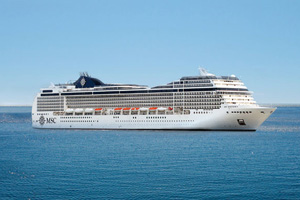 An AG spokesperson told Travolution: “We simply weren’t getting the figures we wanted,” he said. Kuoni has expressed concerns earlier this summer about the project in its half yearly results.

Shoestring International was focused on ‘soft adventure’ travel, and featured a range of rich media on the site. It was live in the UK, Italy, Scandinavia and Germany. The brand originated in Holland, where it will continue to operate.

“Maybe we should have done more marketing,” the spokesperson said, when asked why the brand failed to take off. “But marketing is expensive, and the margins we were achieving were low.”

Any Shoestring bookings for the rest of the year and into 2009 will be honoured.

The decision to drop Shoestring comes as the group continues to roll out its new Kuoni Worldwide web sites as part of an overall revamp of the business.  “We want to be the premium travel brand on the internet,” Kuoni said.

It is launching the UK version of the site this week, linking up with London Fashion Week in order to attract interest from lifestyle as well as travel media. It is reported to be looking at collaborations with the art world in a bid to take the brand upmarket.

Kuoni has previously said that it wants to get close to 30% of group bookings from the internet, and that this is still its target. Currently,  online accounts for around 14%.

Guest Post: Why technology and data can create a carbon neutral traveller