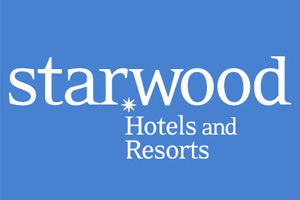 With a wealth of information at their fingertips, consumers have never had so much choice when it comes to the customer journey. But what channels do they use, where do their preferences lie and what are they doing in-resort? Linda Fox explains.

Produced in association with:

Customers have never before had so many ways to research, compare and book their holidays direct with airline and hotel suppliers, tour operators, brochures, review and social networking sites, travel intermediaries both online and offline, newspaper and magazine offers, travel clubs, by phone and more.

It’s easy for travel companies to get distracted by the next best booking channel, meta-search engine, review site or the power of social networking. The Travolution Travel Journey Experience study by eDigital Research aims to confirm what market trends are telling us, dispel a few myths and highlight any new trends and potential business opportunities.

The study was carried out over a seven-day period in August and the majority of the 2,100 respondents were from the southeast followed by London, Scotland and the southwest. Consumers questioned were mostly in full-time employment, just under 20% were retired and about 10% were in part-time employment. The majority of respondents were married with children, aged 35 to 64 with income brackets between £20,000 and £49,000.

Consumers were questioned on whether they booked package holidays or separate travel elements. The good news is that in the past 12 months significantly more than three-quarters have been on a package as well as booked separate elements, reaffirming that people continue to travel and are taking several trips a year.

In addition, more than 85% of people have been on both domestic trips and abroad in the past 12 months. That leaves just under 15% of people who have booked a holiday in the UK or abroad but not yet travelled, dispelling myths that people are staying home because of fears over the credit crunch.

However, what is not such good news is how quickly people are making their decision. The days of a couple of trips to the travel agent and pouring over brochures with the family are gone and the time between the decision to go on holiday and booking that holiday is less than a week for about 30% of both package travellers and component builders.

Even respondents with children are making their holiday decision quickly with just under one third of those with children taking just a week between deciding to go on holiday and booking. This means tour operators, travel agents, meta-search sites and other suppliers have a short window to persuade customers of the benefits of their products and services.

The amount of information at consumers’ fingertips has shortened the attention span while the low-cost phenomenon has educated them into seeing it and booking it.

The majority of trips were abroad – 91% for the package holiday bookers and 69% for the component builders. In addition, those without children are slightly more likely to venture abroad.

The high percentage opting for a traditional package overseas can in part be explained by the fact that the travelling public has become accustomed to getting a late deal in recent years. However, capacity cuts announced by the big two for next summer should address the issue. Another reason could be the strength of the peak booking time in January and February, as more than a third of respondents are booking their trips between three and six months before departure.

The preference for traditional packages also came through when it came to looking at how people researched their destination, with package holidaymakers using travel websites and brochures, while component builders also used travel websites, but a large percentage, 47%, had previously visited their destination. This could mean older people going back to the same destination or consumers with a second home.

Interestingly, people with children have not been put off booking separate elements despite the industry’s efforts to publicise the lack of protection of DIY holidays and the security of traditional packages. Almost two thirds of people with children booked elements separately compared to 71% of people with no children. However, this could mean people are taking long-haul trips and putting some elements together themselves or going on cruises and adding on hotels either end.

In terms of researching the holiday, package travellers went direct to the tour operator websites, other travel websites, brochures and review sites while component builders used travel websites and Google. Travel television channels as a research tool featured low in the survey but that could be because people don’t have access to Thomas Cook TV or other travel channels such as Sky.

Package travellers also went direct to the holiday provider to book, followed by high-street travel agents and then telephone. Component builders also booked online direct to suppliers, online direct to the holiday provider and by telephone. Newer entrants such as online intermediaries and meta-search engines did not emerge in the top three choices for booking methods for either group, raising questions of how they will add value and standout in the future.

It was a similar story when it came to booking the elements of a holiday with 43.51% of those with children choosing to go direct to low-cost airlines etc, compared to 52.98% of those
without children.

Despite the dominance of the package holiday, the growing desire for flexibility as well as demand for more than just fly-and-flop holidays is apparent in the number of days people spent away – 44% of the package group went for between seven and 10 nights and 36% of the component builders went for 11+ nights. The desire for flexible durations is also an indication of how time poor, although not necessarily cash rich, we have all become.

Holiday extras such as tours and excursions did not emerge as a high priority for either group with 27% of package travellers and 54% of component builders not booking them at all. Of those that did book extras more than a third of the package group relied on overseas reps and 16% used a local company. Of the DIY-ers, 28% also opted for a local company.

Either the excursions being offered are not attractive or they are not in people’s budgets. This represents a business opportunity for new companies out there such as Isango and DoSomethingDifferent to raise awareness of their services and even provide their own specialist reps.

It would seem instead that holiday extras are being sacrificed for luxuries such as airport parking and taxi transfers as almost half of both groups used their own transport to get to and from the airport and almost 20% treated themselves to taxis. Component builders also opted for public transport suggesting many are either younger travellers or empty-nesters. There was further evidence of this when respondents were split between those with children and those without.

Online destination and accommodation review sites and online weather update tools are now mainstream with about 70% of package bookers and component builders consulting them before they go on holiday.

Mobile updates are still in the minority despite the overwhelming majority of holidaymakers taking a phone abroad. However, recent announcements from major airlines as well as companies such as Travel Buddy and its tie-ups with Thomson and First Choice should drive usage of this channel.

As well as mobile phones, package bookers took more ‘toy’ gadgets such as iPods, digital cameras, DVD players and camcorders away with them. However, those with children were less likely to take an MP3 player with them than those without.

Component builders, meanwhile, had more ‘work’ toys such as laptops at their fingertips. It is likely that the line between leisure and business travel has blurred significantly and people are extending work trips in city-break destinations for a bit of leisure time.

Of those that are going online, it is to predominantly to check email, news and weather, while about 17% of package travellers and 19% of component builders update their social network sites showing how widespread the social networking phenomenon has become in a short space of time.

The popularity of social networking sites was also evident in what people did on their return with a fifth or more of both groups sharing photos and videos through sites such as Facebook and MySpace as well as contributing to holiday review sites. People with no children were more likely to use these sites – 34.36% compared with the 19.4% of people with children using social networking sites. However, review sites and discussion boards were equally popular for both groups.

By far the most popular post-trip activity was sharing photos and videos with friends and family.

Post-trip customer relationship management from travel providers was greeted in a positive way overall. Package travellers were happy to receive online surveys, emails with similar holidays and welcome home messages, while component builders were less convinced. Both groups – 75% of package travellers and 57% of component builders – were attracted by the idea of discounts for future bookings with the same companies.

Despite the latest Confederation of British Industry report painting a gloomy picture on the travel sector, results from our recent survey demonstrate people are continuing to book holidays in advance, with higher numbers of people flocking to the internet to research and book their holidays.

Regardless of whether people are booking a package or tailor-made holiday, the results reveal that the majority of respondents prefer to book online directly with the holiday operator or airline, with only a small percentage resorting to intermediary websites or travel agents. While people prefer the comfort of their own home to research and book their holiday, many still like to confirm their booking over the phone and a 74% majority prefer to check-in manually, as opposed to online.

While the website is becoming an increasingly important vehicle for customer contact, it is important that travel firms ensure a high standard of customer service across multiple touch-points. If customer requests aren’t answered or resolved promptly, customers could detract others from using the service.

It is also evident that financial concerns are impacting on holiday purchasing decisions, with many taking advantage of early booking offers and planning their holidays at least three to six months in advance. Families on tighter budgets often like to spread the cost of their holiday over many months. Many respondents also said they would be swayed by future loyalty discounts.

One of the most encouraging findings was that people like to give feedback, with 40% of those surveyed keen to rate their holiday experience. Feedback is a powerful tool as it not only helps operators to understand customer motivation and improve satisfaction, but it is being increasingly used as a reference for others who are planning their holidays.

Build Back Better: Register now for the Travolution European Summit