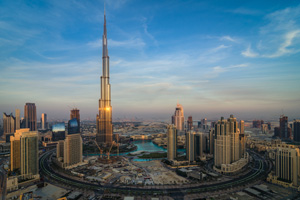 In December last year, the firm made several predictions in its Trends in Travel Investment Report.

It observed that “online booking technology has yet to live up to its promise of fully replacing the scope of individualized traveler services provided by the traditional travel agent” and tipped a significant new entrant to fill this service gap.

This week it released a review of its predictions. “The big announcement of 2008 in the online travel space that we were predicting hasn’t happened… yet,A” it said, adding: “Stay tuned”.

The initial report made a distinction between venture capital and private equity, suggesting that the former would continue to have a big role in travel investment during the year, with the latter dropping off.

It claims that this has been proven, with 23 venture capital investments and exits taking place in the first six months of the year. It reports no private equity deals of note in the same period.

It also expected the weak dollar to make  “US travel assets particularly attractive at bargain prices for European investors and strategic buyers.”

The influx hasn’t happened, with Hudson Crossing suggesting: “While there are many deals in the works, there have been very few that have closed, which is more a reflection of the condition of the debt market than it is an appetite for US travel assets.”