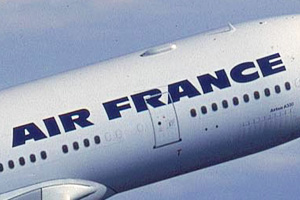 Soskin will be replaced in the shake-up by the current group managing director Chris Cuddy.

The restructuring is not likely to trigger an earlier push for a “liquidity event” at the company, a spokesman said.

The company said in January that it would not rushed into making a decision over its financial future – a choice which includes a possible floatation on the London Stock Exchange, sale or third party investment.

The move was described by Soskin, who joined Cheapflights in 2000, as the beginning of a “new era” for the company as it looks to expand overseas and implement its new technology platform in its existing markets, including the UK.

Soskin said: “As an entrepreneur with experience in successfully building early stage businesses, I recognise that Cheapflights has now grown into not only an international business, but also one of a size that requires a different style of management.

“When bringing Chris [Cuddy] on board, it was clear that his technology background, his experience with major US dotcoms and leadership abilities would be of enormous benefit to the Company.”

He said: “The Cheapflights group now has in place experienced management teams both here and in North America whose technology, internet media and travel industry expertise are second to none.”

“Over the past eight years, David has built an international company with outstanding technology and a robust financial platform from which to embark on its next phase of growth.”

The position of Hugo Burge, head of international and also vice-chairman, will not be affected by the restructuring.

Big Interview: When it was ‘sink or swim’ hotel chain Melia turned to social