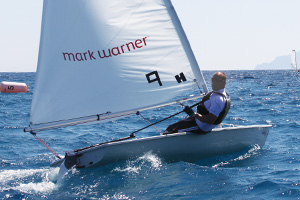 Developers stand accused of blighting tourist resorts through rampant speculative investment in the run-up to the financial crash last autumn.

But the resulting crisis means resorts are now being starved of cash they need even for sustainable development.

The World Travel and Tourism Council (WTTC) summit in Brazil heard minister of tourism and environmental protection in Montenegro Predrag Nenezic insist: “There are some good sides to the crisis.

“We have had the pressure of speculative capital – two years of tremendous pressure and prices going up and up, especially in coastal regions. [In Montenegro] we could not stop anyone selling their land. It was difficult to keep prime locations beautiful or sustainable, and that is a big problem.

“We have limited carrying capacity, and a green economy is the only future for us.”

Arthur de Haast, chief executive of hospitality investment group Jones Lang LaSalle Hotels, agreed speculative investment had been allowed to run riot in destinations. He said: “It was a bubble. You had hundreds of millions of dollars focused on a market, land prices rocketing, construction costs rocketing. It is clear things got out of balance.”

“The crisis has changed the mindset of people. The demand for funding is huge, but the problem is finding it for long-term projects.”

Global hotel investment has fallen to a fraction of what it was a year ago, according to de Haast, with investment in the first quarter of this year down 80% on a year ago. “The trend is dramatic,” he said, with investment drying up all together in many areas.

As a result, tourism development is more reliant than ever on government funding and guarantees.

Yet Berenguer said: “We see government action to help [the manufacturing] industry, but not at all in funding for tourism.”

Alex Khajavi, chief executive of Costa Rican airline Nature Air, which won an environmental award at the summit, agreed: “It is very difficult to get lending from banks, so governments have to guarantee loans.”

But Khajavi argued for a shift away from major tourism developments. “Not everything has to be mega,” he said. “This crisis will not just be a blip. A real adjustment needs to be made. We need to look at smaller developments.”

WTTC members hit out at politicians, including US president Obama, who have reacted to popular anger over the crisis by condemning travel for corporate conventions. They also slammed calls for people to holiday at home to bolster domestic economies.

Carlson president and chief executive Hubert Joly said: “There has been a significant contraction in business, some of it due to the recession, but some due to inappropriate political rhetoric. After September 11 we saw political leaders urge people to travel. This time we see the opposite.”

Sol Melia vice-chairman Sebastian Escarrer agreed: “We do not want calls for holidays at home. What if we all stayed at home?”